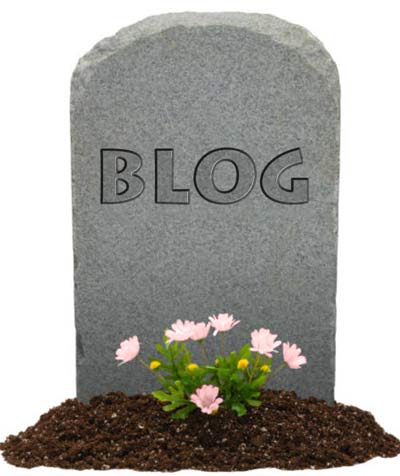 Blogs sometimes die, or are so far abandoned that they are dead for all intents and purposes.

But there are still visitors as long as it shows up in Google, and some of those will enjoy the content immensely, so much as to write a comment. I don’t subscribe to the idea of nay sayers who assume that those visitors only leave these comments because they hope for a back link to their spammy sight – or worse, that they are evil AI bots!

Here are a few of those cherished comments (unedited, only removed the link to their own website):

Here you have it – people just love my dead blog!

So – how was the pain – you masochist!

I have, in the past, enjoyed some of the Photoshop disasters that happen when the graphics editor just does not pay enough attention or is not given enough time by his editor to do a good job.

Today I found one myself… Instantly I had the feeling there was something not quite kosher but I had to look twice to see what’s wrong with that lady. I guess with the help of that scale that measures body fat she succeeded to get rid of all the fat in her mammal glands because they are not there any more.

There certainly is the possibility that this model has a very long upper body, but as models are usually well-shaped and proportioned, I am leaning more towards a little mishap with the clone tool.

(clicking the photo might bring you to the Groupon page where I found this image, but there is a good chance that it will not be there when you look – just the way Groupon works.)

I know, when you think about ‘adult toys’ usually have something different in mind, but I think, these here are the real adult toys.

But then again – maybe not – because men never really grow up… Presentation will open in new window when you click the image… These are from a book called Disorder in the American Courts and are things people actually said in court, word for word, taken down and published by court reporters that had the torment of staying calm while the exchanges were taking place.

Attorney:What was the first thing your husband said to you that morning?

Witness:He said, ‘Where am I, Cathy?’

Attorney:And why did that upset you?

Attorney:What gear were you in at the moment of the impact?

Witness:No, I just lie there.

Attorney:What is your date of birth?

Attorney:How old is your son, the one living with you?

Witness:Thirty-eight or thirty-five, I can’t remember which.

Attorney:How long has he lived with you?

Attorney:This myasthenia gravis, does it affect your memory at all?

Attorney:And in what ways does it affect your memory?

Attorney:You forget? Can you give us an example of something you forgot?

Attorney:Now doctor, isn’t it true that when a person dies in his sleep, he doesn’t know about it until the next morning?

Attorney:The youngest son, the 20-year-old, how old is he?

Attorney:Were you present when your picture was taken?

Attorney:So the date of conception (of the baby) was August 8th?

Attorney:And what were you doing at that time?

Witness:Your Honor, I think I need a different attorney. Can I get a new attorney?

Attorney:How was your first marriage terminated?

Attorney:And by whose death was it terminated?

Attorney:Can you describe the individual?

Witness:He was about medium height and had a beard

Attorney:Was this a male or a female?

Witness:Unless the Circus was in town I’m going with male.

Attorney:Is your appearance here this morning pursuant to a deposition notice which I sent to your attorney?

Witness:No, this is how I dress when I go to work.

Attorney:Doctor , how many of your autopsies have you performed on dead people?

Witness:All of them. The live ones put up too much of a fight.

Attorney:ALL your responses MUST be oral, OK? What school did you go to?

Attorney:Do you recall the time that you examined the body?

Attorney:And Mr. Denton was dead at the time?

Witness:If not, he was by the time I finished.

Attorney:Are you qualified to give a urine sample?

Witness:Are you qualified to ask that question?

Attorney:Doctor, before you performed the autopsy, did you check for a pulse?

Attorney:Did you check for blood pressure?

Attorney:Did you check for breathing?

Attorney:So, then it is possible that the patient was alive when you began the autopsy?

Attorney:How can you be so sure, Doctor?

Witness:Because his brain was sitting on my desk in a jar.

Attorney:I see, but could the patient have still been alive, nevertheless?

Witness:Yes, it is possible that he could have been alive and practicing law.

If you are a gamer you know Donkey Kong. It was actually the first game my son ever had. I just learned that when I asked him how it’s spelled.

Spelling! This brings us close to the crux of this little article. The name is a translation error, a spelling error between languages, so to speak. Have you ever wondered why a game about a monkey is called DONKEY Kong? Rumor has it that it’s simply a translation error – the Japanese translator just mistook the D for an M and now we are stuck with a Monkey called Donkey. Other data suggests that the Japanese character creator used Donkey as a representation for stubbornness and Kong to indicate the monkey-ness (King Kong is a apparently a term for the generic big ape.)

Whatever is right – I like the first explanation better and stick with it, especially as it allows for a much better transition to the following video that shows that Gmail has been spelled incorrectly from the very beginning. Wishing you all the best for the holidays and a very successful 2012.

There is nothing really worth seeing – OK, the girl is cute, but that is not that unusual – still I could not stop watching until it was all over.

Maybe somebody could go over the video with a fine comb and find the hidden subliminal message – watch – stay – don’t move – consume!

UPDATE: on one of my repeated (mesmerized) views of this video something caught my eye. I first could not believe it – had to rewind – watch it again – rewind – screen-capture it – and here is what I saw… A duck with a crown of rifle cartridges?? – Now I am really curious what this video is all about.